How do you seek out the world’s best ad networks? You look at a lot of data.

We’re releasing the Singular ROI Index for 2022, and there’s a lot to digest in it. We looked at 300 top ad networks. 5,000 of the world’s most-downloaded apps. Literally billions of app installs. And over $20 billion in in-app revenue.

All with one goal:

Find the world’s best ad networks so you don’t have to spend months and millions trying to accomplish the same thing. And, of course, as per usual, we’re giving away all of that insight: get the 2022 Singular ROI Index right here.

As everyone in adtech knows, there has been a ton of consolidation in the mobile user acquisition adtech space. ironSource, Liftoff+Vungle, AppLovin, and Digital Turbine have all been busy buying companies, products, and capabilities, and they’re not the only ones.

So we totaled up winners — companies that occupy the most slots in the various ROI Index regional, vertical, and platform top lists — by individual company but also, for the first time ever, by parent company. And that means while you’ll still see the traditional top dogs like Google and Facebook, there are some brand-new winners in the most-mentions contest.

In fact, with their acquisitions, two of the emerging titans of adtech scored more mentions than either Facebook or Google. 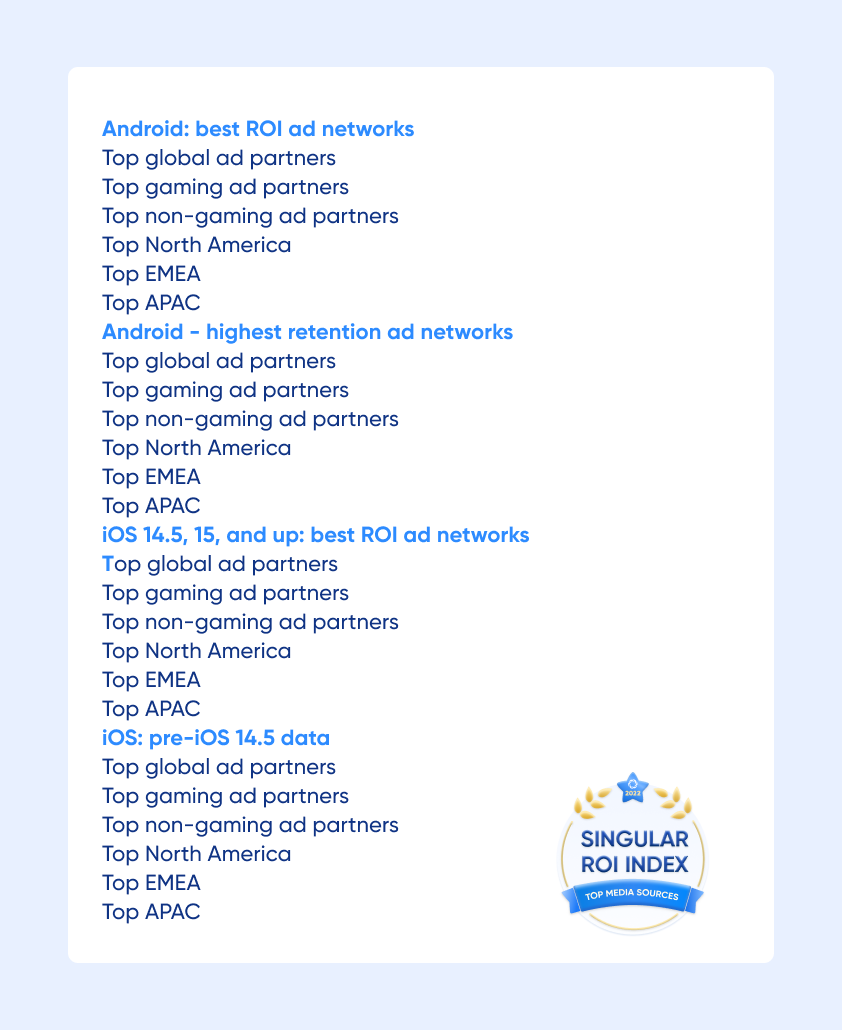 Plus more insight on what’s happening in mobile adtech

In addition to all the top lists for ROI, retention, and revenue, we’ve jammed the report full of insight on some of the biggest changes in mobile user acquisition marketing over the past year, including:

Get the full report today

The full Singular ROI Index report for 2022 is available here.