Vungle has now bought four companies in nine months. And, as we hear from LUMA, there have been more billion-dollar adtech acquisitions in the first quarter of 2021 than in the previous several years combined.

So what’s going on in adtech and marketing?

Obviously we’re in a period of massive change and upheaval. The third-party cookie may have lived to fight another day, but the IDFA apocalypse happened and it’s not coming back at scale. There’s new levels of competition and regulation, and that’s causing huge swings in market behavior that frankly, we haven’t seen in a decade or more. Accruing as much first-party-data as possible that isn’t subject to platform rule changes or regulatory oversight is more and more critical.

How does that all connect with Vungle buying JefFuel? And with all the other mergers and acquisitions in adtech and martech, like Digital Turbine buying Fyber?

To find out, I had a conversation with Vungle’s SVP of Revenue Scott Silverman on Growth Masterminds, Singular’s podcast for mobile marketing insight.

Silverman says Vungle’s strategy is to buy companies that help adapt their business to a changing marketplace while building core functionalities that app developers need from game design and development to marketing and monetization.

The goal: one company that can increasingly meet all their needs. In other words, an integrated tech platform for development, growth, even retention.

Adding JetFuel, he says, is also about helping developers and marketers compete in an increasingly challenging ecosystem.

“How can we help them acquire users where those users live?” says Silverman. “The market is becoming increasingly complex. And so consolidating in that environment helps solve some of these tough problems.”

People are on social media in their billions, as we know. And in a lot of cases they’re blind to traditional ads: one of the reasons why rewarded ads are so popular is that they demand at least some attention. But influencers are pros at capturing attention, and what they offer, when done well, isn’t perceived as an ad.

Influencers capture the lion’s share of the attention of those billions on social, and now JetFuel owns a network for 15,000 of them with 4 billion Instagram followers, 1.5 billion TikTok followers, and 100 million daily Snapchat views.

And scale is good, Silverman says.

“I think that having some level of scale helps give marketers confidence that the partners they’re working with are invested and capable of solving the tough problems that they have.” 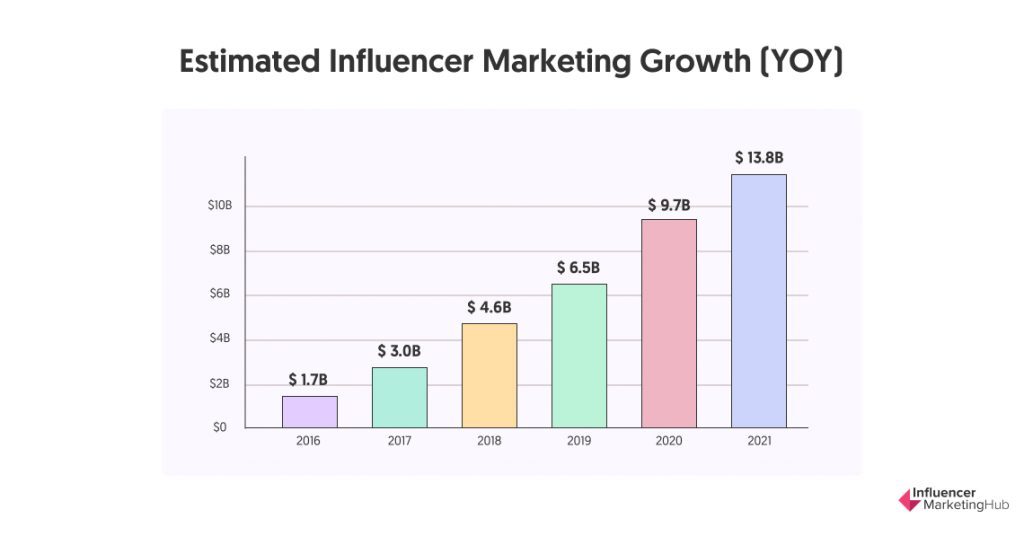 Surround sound marketing and the Rule of 7

This kind of reach — and programmatic access to it — plays into what a Clorox direct-to-consumer marketing executive recently told me about “surround sound marketing.”

“I am a firm believer that creating a ‘surround sound’ for consumers is helpful,” says Vivan Chang, VP Growth at Clorox DTC. “[You are] leveraging influencers, brand partnerships, on top of the  traditional social and Google and affiliates, really having a lot of different places that have similar but maybe slightly different messaging for a consumer.”

As mobile has become both pervasive and normal, mobile-first and mobile-only companies are starting to think of themselves less as apps and more as brands. And in an increasingly less granular, less trackable, and less deterministic marketing world, they’re starting to explore advertising avenues that previously they might have turned their noses up at. In other words, they’re looking at more traditional marketing channels … which are decidedly non-traditional for mobile gaming and fintech and retail app companies.

The surround sound idea is simple: be where people are, and ensure they encounter your brand on the web, on mobile, in apps, on social media, and in outdoor and in-venue options.

The old-school rule of thumb for marketing was the Rule of 7: people needed to see your brand and your message seven times before taking action. The exact number is of course debatable and in fact incredibly dependent on individual people. And there’s no magic to it: someone who doesn’t need what you’re offering is unlikely to bite.

But surround sound marketing including web and even potentially offline and non-digital channels are increasingly important to mobile brands.

The interesting thing about influencer marketing?

It’s increasingly cross-platform and cross-channel … a row and not a column. An influencer might have his or her strength on YouTube or TikTok or Instagram, but as the creator economy matures and influencers see others get canceled or negatively impacted by algorithm changes, most are working hard to develop one-on-one platform independent connections to their fans. That might be email, web, a creator coin (yes, they exist), an app, or a minimally-curated platform like OnlyFans (not just adult content!) or Substack.

And that means that fans see messaging from influencers in multiple places.

It’s interesting to compare Vungle’s strategy to Digital Turbine, which recently bought Fyber as well as AdColony. (Interestingly, many of the acquired and acquiring companies are perennial winners on Singular’s ROI Index. Correlation isn’t causation … but there could be a connection there …)

There are two strategies that adtech and martech leaders are using separately or together, as they wish and are able, in the current rush to acquire, merge, expand, and dominate. (Or just survive.)

The first strategy is about the tools and the tech: creating, packaging, and offering the “picks and shovels of the gold rush” that Silverman talks about to app developers and marketers. The second strategy is about creating what Eric Seufert calls a content fortress, an entirely first-party way to both create and satisfy demand.

That’s supremely valuable because it puts you in the position of being able to create the supply that you then fill with demand. Ultimately, it taps into what makes the SANs so effective at hoovering up huge percentages of advertising budgets … owning both sides of the coin. It’s a new kind of (sometimes verticalized) walled garden.

Vungle hasn’t necessarily gone there yet.

JetFuel is clearly access to billions of potential impressions over dozens of platforms. Algolift assists in user acquisition. GameRefinery helps developers and product managers refine games and improve monetization. And TreSensa is a creative production and optimization tool for marketers.

It will be interesting to see if Vungle starts acquiring companies on the content and demand side as well. Because that’s certainly possible.

Vungle was purchased for $750 million in 2019 by Blackstone, an investment company with $649 billion dollars in assets under management. It’s not shy about making acquisitions — Blackstone currently has 95 portfolio companies — and has another $39 billion in available capital to invest.

In other words … there are very smart and well-funded people behind the scenes that are likely to pull the trigger on more investments and acquisitions as the adtech and martech markets consolidate and existing players jockey to provide as much value as possible: to make themselves as indispensable as they can to their customers. And to survive the already-here and still-coming data squeeze.

“We’ve been super-active just in the last nine months,” Silverman told me. “There’s no plan to slow that down.”

“If we find something that we think is going to be the right fit for our company, our culture and our vision, we’ll continue the trajectory.”

Did you even know that Singular has a podcast? Probably not … we’re pretty shy about it. Here’s an idea: subscribe to us chatting with the smartest marketing people we can find. (And maybe ping me if you want to be a guest!)