In the first quarter of 2021, fintech startups raised $22.8 billion, 50% more than all of 2020. The sector is growing 20% annually, according to ResearchAndMarkets. And no wonder: the use of cash has dropped more than 42% in the U.S. since 2019, and COVID shutdowns and lockdowns have 80% of us thinking we can bank without a building.

COVID normalized digital banking and Singular fintech customers like Khatabook in Southeast Asia are growing exponentially as a result.

A massive 72% increase in fintech app use means more startups are piling in. As of February 2021, there are more than 26,000 fintech startups, says iTechArt. That’s double the number in 2019 with most of the funding going to top sectors like mobile wallets, payments, insurance, and digital banking.

And it might continue to grow, because the fintech investment market size is expected to grow at an annual average of 53% until 2027, according to Orion Market Reports.

In other words, this is a category worth paying attention to.

In this special fintech report by Singular, we’re going to:

Origins of fintech (it’s older than you think)

Believe it or not, fintech is … kind of old. In fact, if we define financial technology as digital or electronic means of dealing with money, fintech has its roots over a hundred years ago.

In 1918, the U.S. Federal Reserve built the Fedwire Funds Service, which still exists today. Using Morse code on public telegraph circuits, the Fed ensured that the U.S. dollar was worth the same amount in Pittsburgh as in Poughkeepsie, in Seattle as in San Antonio, and that interbank transfers could happen without time-consuming and risky transfers of cash or gold.

In 1995, Wells Fargo — yes, the same company that operated the Pony Express in 1861 — made the first online checking account available. 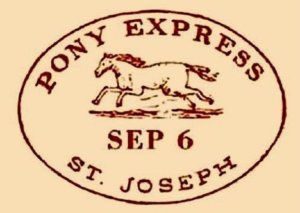 And on May 22, 2010, a day that will forever be remembered as Bitcoin Pizza Day, Laszlo Hanyecz became the first person to spend cryptocurrency to purchase a physical item: Papa John’s pizza. Hanyecz spent 10,000 bitcoin for the pizza, worth approximately $350 million today. (I hope it tasted great.)

When we think of fintech today, however, we think of new tech that manages, sends, invests, stores, and maximizes our money.

Categories and sub-verticals within fintech

There are likely as many different categorizations of fintech as people thinking about the category, but here’s an overview that simplifies the diversity in fintech as much as possible.

The banking category is mostly reserved for traditional banks who are rapidly expanding into all areas of fintech. While I could have merged the neobanks category with banking, I kept it separate to highlight the fact that you have a dichotomy between traditional banks with massive brands and new banking startups that may not do everything a traditional bank does, but were generally born online or even born mobile.

The top 100 fintech apps on the App Store & Google Play

To get a good sense of what’s winning in mobile fintech I looked at the apps that are winning right now on the App Store and Google Play.: the top 50 on both iOS and Android, based on number of downloads/installs over the past 90 days.

The most interesting findings?

Here are the top 50 apps on each platform by downloads over the past three months, according to App Annie. (Note: data pulled June 18, 2021.)

If we look at them by category, we get a better sense of what’s happening in the mobile fintech ecosystem. 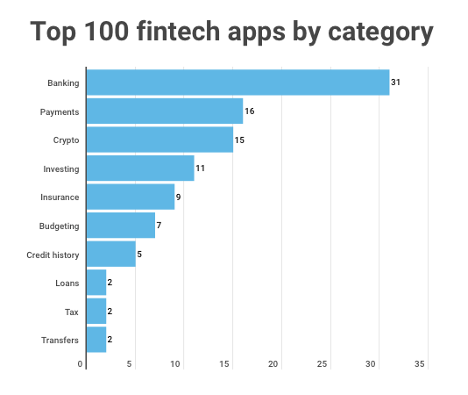 Banking is by far the biggest sector by number of apps, whether by neobank or traditional bank. And while payments is the largest sub-vertical in the very upper echelon of fintech apps — the ones with the most installs — it’s second in the top 100. Crypto is high, as is investing, but afterwards the categories begin to thin out a little.

Payment apps are interesting for a lot of different reasons. First, they’re daily use or at least potentially daily use apps. As such, they’re the perfect app to make a tiny fraction of each transaction and still be able to bring in a lot of revenue. In addition, simple because they are daily use apps, they can be used as a thin edge of a wedge to add on additional features over time, or launch complementary services thanks to your brand being top of mind for users/customers when it comes to money.

It’s a very powerful position to be in fintech, and that’s why Google and Apple are competing fiercely in the space.

From 2020 to 2024, Worldpay estimates that credit card share of e-commerce sales in North America will drop from 23% to 21%, while digital wallets and payment apps will increase from 45% to 52%.

Of course, there is a thin line between payment apps and transfer apps. When apps have a name like WorldRemit, it’s pretty clear what the main function of the app is. But it’s just as possible to use Venmo or Google Pay to send money, depending on where you want to send it and how much cost and hassle you’re willing to put up with.

Here’s the data, so you can see how it breaks down by category:

It’s also interesting to look at the top 100 fintech apps by type of company that publishes them: startups, enterprises, governments, or other.

Again, please note that there’s some license here in how I categorized them. PayPal is hardly a startup anymore in any real sense, but I categorized PayPal as a startup because, while rather aged for that status, it’s clearly not the same as a Bank of America or Citigroup. Also, I separated neobanks and banks because they’re just different types of entities … even though they are likely converging more and more together and I combined them above in the banking sector.

Again, here’s the raw data by iOS and Android so you can drill down. Clearly, neobanks are more common on Android than iOS, but everything else is fairly close between the platforms … as you’d expect when 78 of the top 100 fintech apps on iOS and Android are duplicates.

I mentioned earlier that Apple Pay didn’t even show up on the list of the top 50 payments apps on either platform because it’s a default in iOS. In fact, my new iPad Pro tells me every day that device set-up is incomplete because I haven’t set up Apple Pay yet by loading in my credit cards.

What’s interesting about Apple Pay is that it is deep integrated into both Apple’s mobile operating system and desktop. Plus, Apple has the innovative Apple Card — which is still U.S.-only — but offers no fees, ground-breaking family budgeting features, cash back, and useful data on spending patterns. 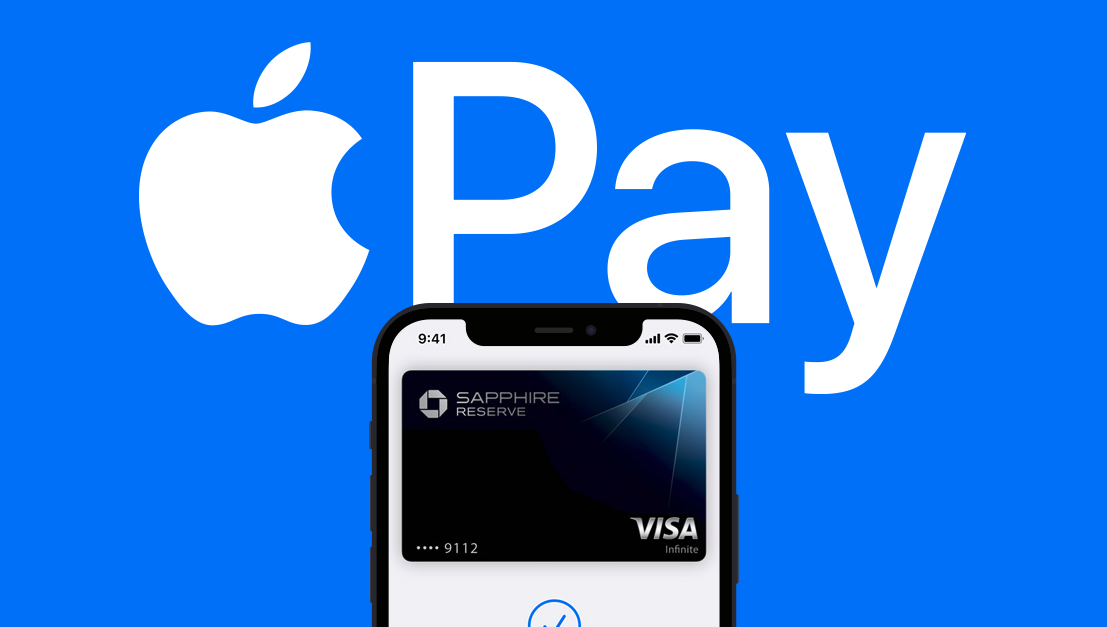 According to eMarketer, Apple Pay is three times the size of Google Pay. The last time Apple CEO Tim Cook provided numbers on Apple Pay, he said that Apple had all-time record revenues from payment services, with over three billion transactions in Q4 2019. You can bet it’s far more than that now. Cook also said Apple Pay has more transactions than PayPal and was growing four times faster.

“Apple Pay … has become one of the top three most widely used mobile payment services in Canada, Ireland, Italy, Russia, Saudi Arabia, Spain, UK, and the US.”

But the other big tech companies aren’t laying down and conceding the market.

Google Pay (or, as Google is styling it recently: G Pay) is tops on the Android side and also has a significant presence on iOS, ranking 24th there. In addition, Google has a much larger global userbase to convert to its financial apps. It is true that on Android Google has a more challenging time than Apple to integrate Google Pay into the operating system because partners can adjust Android as they wish, but Google can likely do more here as well. 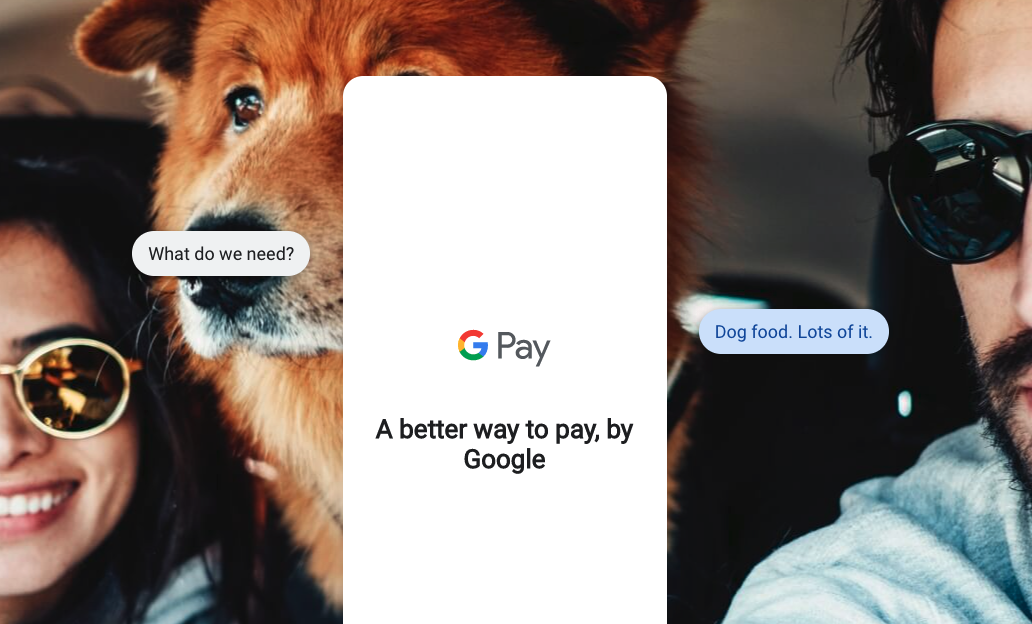 Google is also working with retail partners like Albertsons to integrate their operations with Google Pay. And there are enough Google fans on iOS who choose Google’s payment service over Apple’s that Google Pay is a top-25 app in the fintech category of the App Store.

In addition, Google has significant capabilities, installed base, and advantages in voice-based commerce on Google Home and in the Google app on both Android and iOS, suggesting that as customers get more and more used to asking Alexa, Siri, or Google to order more toilet paper or rent a movie, Google will do well here.

The rest of big tech is busy in fintech as well.

Facebook is working closely with Shopify, and while Facebook’s digital currency Libra (now Diem) has lost some of its luster, there’s still opportunity to achieve something interesting there because Facebook owns access to literally billions of the most desirable consumers on the planet. With massive investment flooding into cryptocurrency and digital assets right now as well, we can’t count Libra/Diem out just because its stablecoin aspirations seem stymied or delayed at the moment. In fact, we’ll probably see a limited launch of Diem this year, and it might not only be for purchasing on-platform digital goods.

As you’d expect, Microsoft is working more on the business side of fintech, while Amazon has offered Amazon Pay since 2007 and has acquired fintech companies enabling both online and offline purchases. And, of course, Amazon is one of the biggest e-commerce companies outside of China.

COVID normalized digital banking, and the result was massive growth in fintech app usage, especially in the payments and banking categories.

The challenge for 2021 is to keep those new users while continuing to expand both customer base and solution set. In some sense there’s a race to the middle between banks and neobanks. Traditional banks need to continue to get more digital and mobile. Neobanks in many cases need to offer more services and capabilities to amortize the cost of customer acquisition over more revenue-generating events … and to avoid losing customers to one-stop-and-you’re-done fintech competitors.

Which is why, according to CB Insights, fintech mergers and acquisitions (and IPOs) reached an all-time high in the first quarter of 2021: 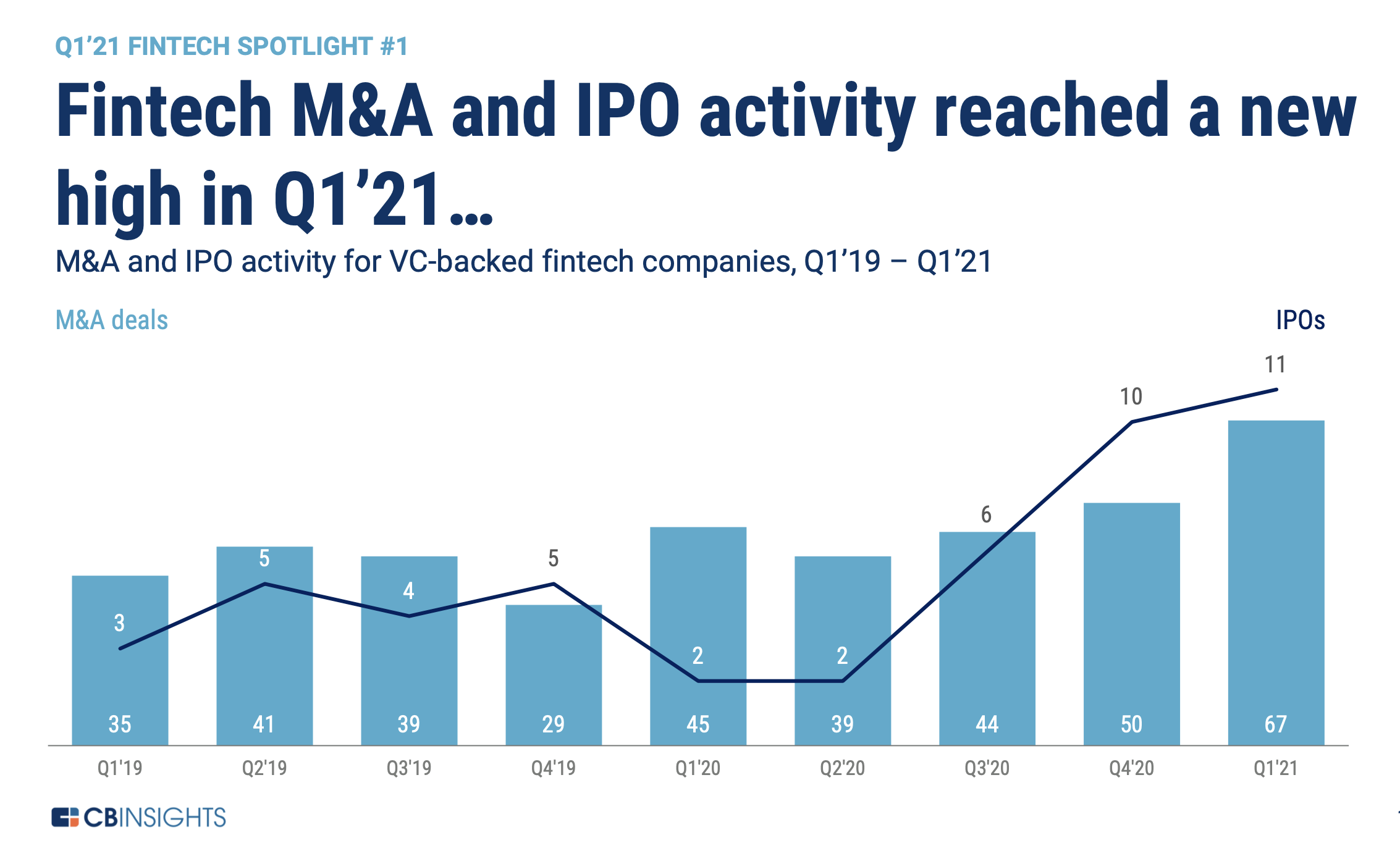 American Express, for example, bought Kabbage, a B2B fintech startup, last year, and this year is integrating it into short-term credit products for businesses. SPACs are the new IPOs, in some sense, and MoneyLion, eToro, SoFi, and Bakkt all signed agreements to go public via special purpose acquisition vehicles in the first quarter of 2021. And startups like Robinhood, Klarna, Paradigm, and Stripe all raised hundreds of millions, with Robinhood taking in a staggering $2.4 billion of new investment.

LATAM has significant activity here, with Brazil-based Loft and Nubank both raising mega-rounds as well.

The challenge for fintechs today is to continue to grow in this hyper-competitive market that has been flooded with new cash. Finding the most optimal means of customer acquisition will be a huge competitive advantage, as well-funded rivals are almost guaranteed to be spraying money around like it’s the dot-com boom all over again. And with 26,000 fintech startups globally, this is not going to be an easy sector to win in.

Growth marketers have a significant challenge in fintech. Your rivals literally have billions of dollars in new investment. Most of your top competitors have grown significantly through lockdown and quarantine periods.

Making sure every dollar of spend provides ROI. Optimizing ROAS across new, innovative channels and platforms. Killing poorly-performing partners quickly. Getting the best and the quickest insight into growth opportunities.

It won’t be easy.

If you’re a fintech startup and are looking for marketing intelligence that can drive growth, and marketing measurement that provides the best insights for ROI optimization, book some time with Singular.

Grab a slot here, and let’s chat. We’ll listen more than we talk, understand your business and your needs, and share what we can do to help.