How Singular’s mobile attribution is saving app developers up to $500,000/month

Mobile attribution is a commodity, right? You can get it from anyone, correct?

Well, sure, if you don’t want elite-level marketing success. And, if you don’t mind paying fraudsters to funnel all your ad dollars into Lambos, vacations on the French Riviera, and sipping pina coladas on the beach.

Customers and app developers are saying that collectively, this is having a huge impact:

Some clients are saving more than $100,000 a week with the solution. Other app developers discovered that more than 90% of the app installs they had been paying for from a particular network were fake.

Another client in an on-demand services industry discovered that almost 50% of their paid installs suffered from mobile attribution manipulation. The wrong ad partner was getting paid … showing that fraud cheats ethical ad networks as well as advertisers.

Getting that clarity — and then being able to kill the fraud — returns app marketing to where it should have been all along: advertisers maximizing their hard-earned ad dollars to drive growth.

But how does this work? What’s the philosophy behind Singular’s mobile attribution fraud prevention?

It’s easy to say that you fight ad fraud, or catch mobile fraud. It’s another thing to do it effectively. 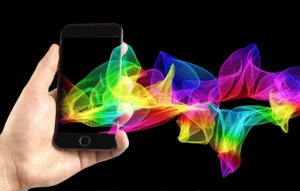 Singular’s cyber security team is constantly monitoring anomalies and abnormal behavior, checking a wide array of signals. Once we find something that is abnormal, we dig deep to find the root cause and find a deterministic way to fight that fraud methodology. Essentially, what we’re doing is emulating the way fraudsters think and then reverse engineering their schemes.

Deterministic
Singular strives to have no false positives. We want to clearly identify fraud at a granular level. So Singular’s fraud results apply to actual individual installs, devices, and users, not blanket-level sources or publishers.

Proactive
Finding fraud after it has already occurred is too late. Advertisers have already paid for traffic or users or customers, and then they’ll have to engage in time-consuming and difficult cost reconciliation conversations with partners.

A potentially bigger problem when you let fake users in: marketers get fraudulent engagement and purchase data along with the fake users, muddying your analytics and making it hard to decide where to re-invest. And even worse, legitimate ad networks’ algorithms can adapt to the fraud in real time, de-prioritizing campaigns and sources that are actually working because they are getting fewer installs attributed, thanks to theft by the fraudsters.

So it is absolutely critical to eliminate fake installs BEFORE attribution.

Transparent
Both advertisers and ad networks need to know what constitutes fraud, and they need transparent reasons why traffic, installs, or other activity has been classified as fraud. So Singular provides user-level decision logic for every single install, click, and impression.

Customizable
No marketer wants fraud. But marketers do want to personalize their fraud prevention strategies and define how aggressive they want to be. A marketer using largely self-attributing networks like Facebook, Google, Apple, Snap, and Twitter prefers a different strategy to one who is using many different niche ad networks, for example.

So Singular lets customers decide both the fraud rules they’ll use and what actions they’ll take upon finding suspicious activity.

That volume — and depth — are just two of the reasons Singular was recently able to unveil three new fraud-fighting technologies that collectively have become part of our already industry-leading Singular Fraud Prevention suite.

Get all the mobile attribution fraud prevention details

We compiled a data-driven report on the results our beta-test clients got when they used Singular’s latest Fraud Prevention suite.

Check out what they found by getting The Death of Install Fraud on Android for yourself.