While there are commonalities between how leading mobile experts approach these questions, there’s also considerable diversity. That diversity is often tied to companies’ different strategy and tactics. It’s also a function of short versus long-term goals. It depends on how digital marketers do data-driven marketing in general.

And, this diversity suggests that there is not one true answer for your company and your brand either … but that you’re going to have to make an informed decision for yourself on how to proceed with data-driven creative optimization. 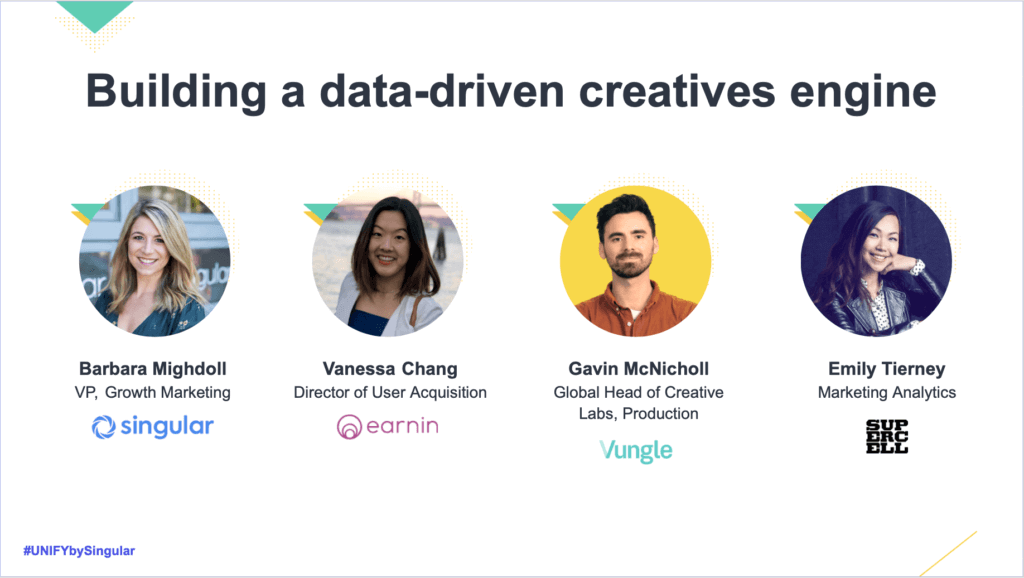 So while top mobile experts don’t always agree, what they say and how they disagree can help you formulate a customized data-driven creative strategy that works for your brand.

Here are the top 10 secrets we learned from marketing strategy experts at Supercell, Earnin, and Vungle at Singular’s big UNIFY mobile marketing conference.

(You can also watch the full presentation here … and get all of the UNIFY sessions in our free UNIFY @ Home mobile marketing masterclass.)

It’s probably not a shock to most people that testing matters when you’re trying to do creative optimization.

“Test everything,” says Earnin’s Director of User Acquisition Vanessa Chang. “Not just your in-house creative but your buttons, your copy, everything that can help impact your creative.” 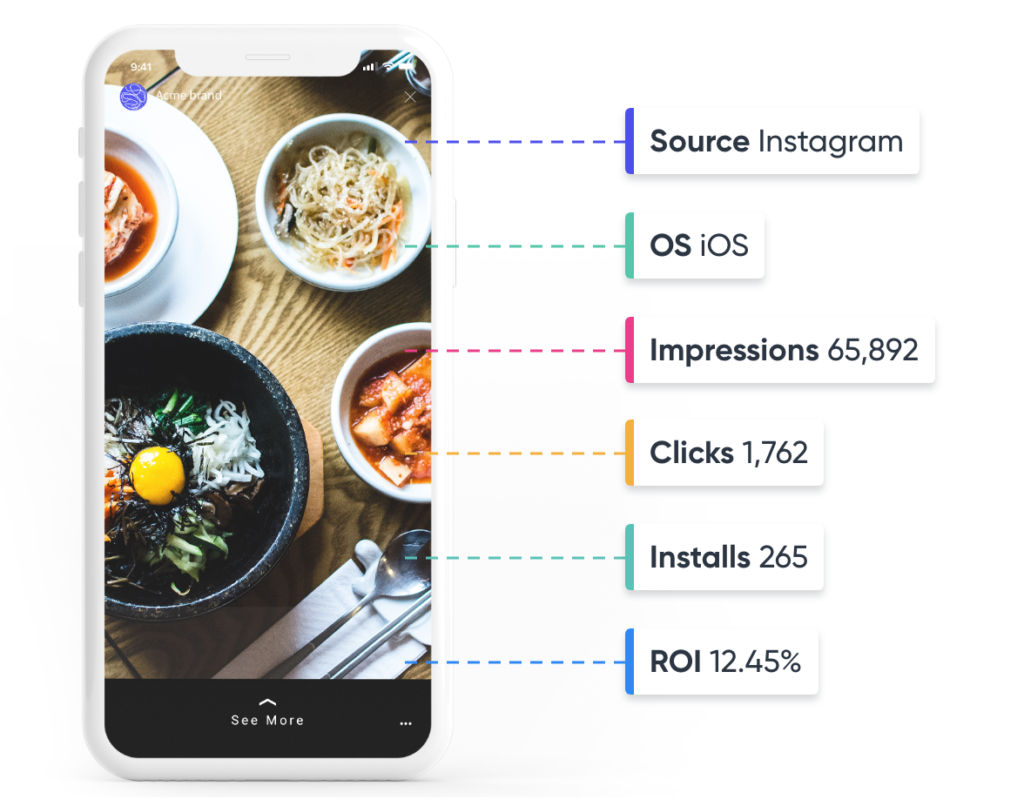 This is especially important when you scale data-driven marketing. (It’s also harder … which is why Singular’s Creative Analytics tool comes in handy for high-volume digital marketers.)

“When you scale and have a ton of volume, it gets more important to iterate quickly and you need to evaluate your results quickly as well,” Chang says. “What Singular has really allowed us to do is it answered questions we weren’t able to answer without the platform.”

For Supercell, there are higher priorities than optimizing for creative exhaustion or even individual ad performance.

“Optimizing for brand [is] very important for us,” Tierney says. “It’s more important to elevate our company so that people recognize Supercell as a global brand, so that when we create new IP, people immediately associate that it will be high-quality games with high-quality animations.” As a result, Supercell invested nine months in building one piece of creative … a 60-second long cinematic that is essentially a fully animated world-class 3D movie.

The result, “No Time To Explain,” brought in the lion’s share of new users for Brawl Stars with very low CPI, Tierney says. It had both long view time on both Facebook and Google and active engagement, and is still being used for user acquisition more than six months after launch.

3. And yet … creative exhaustion exists

On the other hand, marketers know that for many brands and campaigns, creative exhaustion is a very real thing. Digital marketing assets don’t last forever. Advertising ages.

That’s something that Earnin sees as well, particularly when scaling spend. And it forces EarnIn to scale creative production as well.

“The more we were spending money, especially in the same channels, the more we needed to keep up the rotation and keep feeding the channels to find new winners,” Chang says. “We needed more message types, more actors.”

Even Supercell, which Tierney calls “lucky” for having some evergreen creative that she can run for a long time, sees decay.

“They do decay over time,” she said about her creative. “It’s not like we can run it for six years.”

The goal, according to Vungle is to keep looking for new evergreen creative while running iterations. The company’s algorithm, therefore, allocates a certain percentage of impressions for new units to try to find that new evergreen material.

Localization is religion to marketers burned by stories of brands releasing culturally inappropriate messaging or products in different cultures. Often that even extends to different ad creatives and marketing campaigns by audience segment.

Supercell pays attention to culture, but it doesn’t focus on building geo-focused campaigns or creative.

Instead, Supercell goes for the universal in its creative process:

“We really believe in one true global creative,” says Tierney. “When we launch any new games, we really try to generate creative that resonates with all our communities and all regions, and it’s quite challenging. As you know, western creative sometimes doesn’t translate well to the east. Our games are games that people will play forever, and our creative is creative that people will remember forever.”

That may not work for every brand or every app. Advertising in general should focus on being relevant to its audience.

But Supercell is clearly doing something right … on a global scale.

5. BUT … localization is OFTEN required

When Vungle was working to localize Sherlock Holmes, the British actor Benedict Cumberbatch and the American actor Robert Downey Jr made perfect sense, although it’s possible they could have found one star to cover both countries.

But Japan … Japan was another story.

Suffice it to say: the creative process was entirely different. 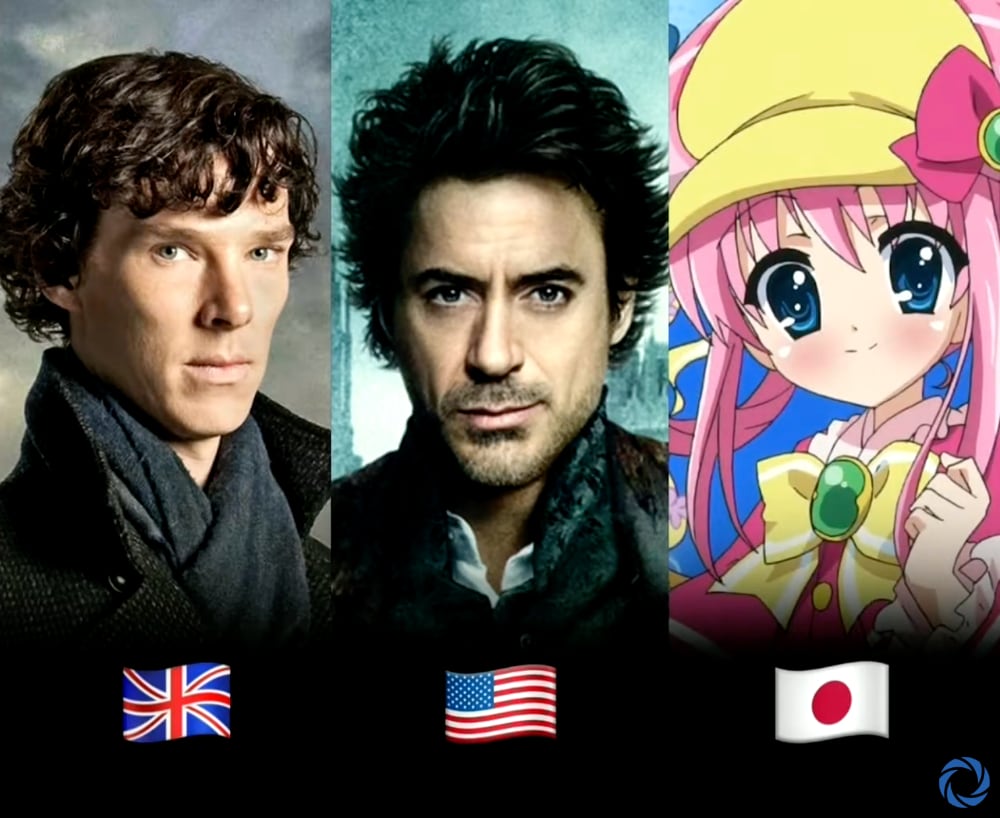 Now that’s localization with an added dose of gender-switching.

But you can go farther and do hyper-localization based on seasonal events, Vungle’s McNichol added.

“Chinese New Year is a very significant revenue period for us, so we’ve looked to scale out specific kinds of end cards that incorporate cultural elements,” he said. “So for Chinese New Year you have the red envelope — obviously, the connotations around that [are that] good things are coming your way. It was no surprise that clickthrough rates went through the roof there.”

It shouldn’t be surprising: data matters.

That’s not just the case on upper funnel. Lower funnel is probably even more important.

“When you scale and have a ton of volume, it gets more important to iterate quickly and you need to evaluate your results quickly as well,” says Earnin’s Chang. “What Singular has really allowed us to do is it answered questions we weren’t able to answer without the platform.”

By leveraging community as well as in-house creatives, Earnin was able to build 5X more creative concepts. Now, 50% of their ad impressions originate from community-sourced ads. And that’s resulted in a 25% funnel step improvement. Data drives actionable insights which can be fed into future creative thinking and marketing efforts.

Also important: target audience and some understanding of the customer journey.

7. But being purely data-driven could be the wrong approach

It’s not controversial to be data driven, and to be evaluating results for your data-driven creative. It would be controversial, on the other hand, if a digital marketer said that they’re not data driven.

Supercell has an interesting nuance on this.

“This is a philosophy we use a lot in Supercell: to become a data-informed marketing team instead of data-driven,” says Tierney. “It actually means optimizing for the brand, for the IP, for the company.”

That’s why the first second of  every Supercell video is alway the Supercell logo. Supercell knows that the first five seconds of every video is the most important, and that they’re sacrificing 20% of that attention-grabbing time.

But they’re betting that positive long-term association with the Supercell brand outweighs individual ad performance. That’s data-informed — and you could argue data-driven on the macro level.

8. Your mobile ads CAN work on TV

You have to build creative assets uniquely for each platform or medium, right? Such as social media ads versus search ads, and mobile ads versus traditional TV ads?

Well … not necessarily, according to data-driven marketing experts. At least in the case of repurposing mobile ads to traditional and streaming TV platforms.

“As we scaled in streaming TV and linear TV, a lot of people were telling us that we should use very branded versions of creatives that were more for TV,” Earnin’s Chang says. “And I would challenge that because I think we have seen a lot of success in using our community-generated ads across many different platforms. It’s not necessarily about the format or the placement, I think it’s really about assessing how you want your message to go in all your different channels.”

That means that you actually can use a “low-quality” portrait creative on TV, she added. You just have to be aware of delivering that in a way that makes sense to the audience.

When Vungle first started building ads for mobile, they’d get a lot of executive asking them to run TV ads on mobile ad networks … something that doesn’t really work. (Especially back then.)

“What’s very interesting is the idea of the visual language of mobile and web finding its way onto TV,” says McNichol.

9. Your customers can make your ads

We’re not in the dawn of user-generated content any more. But there still aren’t many CMOs who are jumping up and down agitating for their customers to make their ads.

It make a ton of sense, however, if you don’t have enough time to produce a wide enough variety of creative. Just maybe, your community can help. 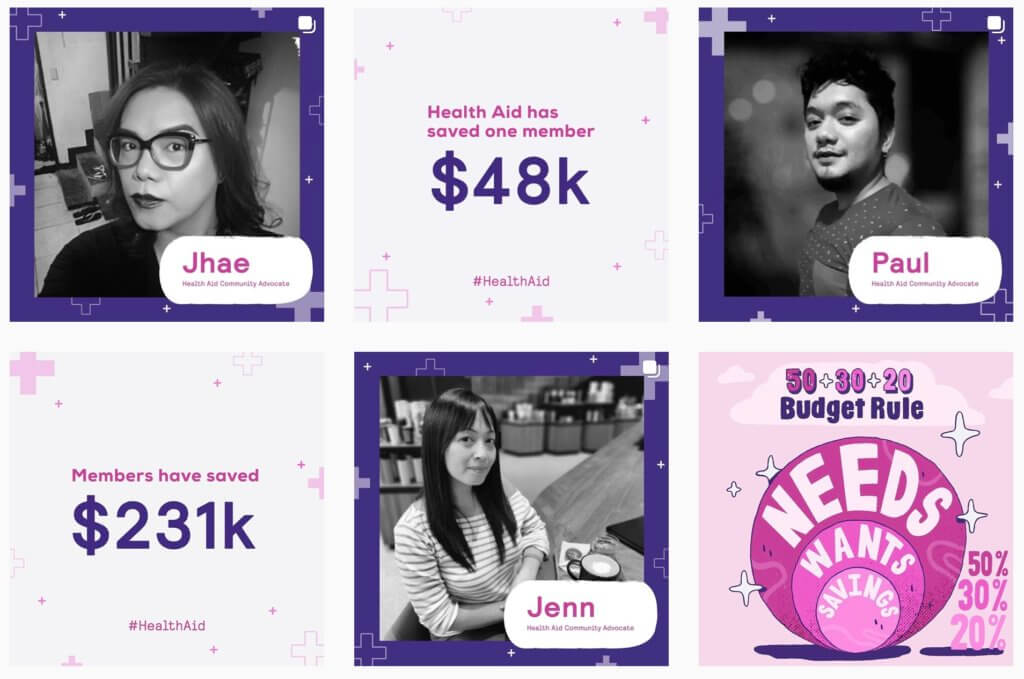 “We focus a lot of our efforts on using creative generated by our community,” says Chang. “This is really at the core of what we believe is one of our biggest differentiators as a financial tech brand … we have a real community supporting us.”

10. UA and creative need to be In Sync

User acquisition and the creative team need to be completely in sync … and co-location helps.

“We’re very aligned with our creative team,” says Chang. “First, we sit next to them so that makes it easy to share insights. And second, we actually have a weekly creative performance review where we share insights.”

Easy access to the same numbers doesn’t hurt either.

All creative producers at Earnin are well versed in the company’s dashboards — and Singular data — so they can check whenever they want on what’s performing well, what has high click-through rate, conversion rate, and so on.

Playables are the highest-performing creative on the Vungle Ad Network, McNichol said. But by analyzing three million views of one particular playable ad, they learned how to make them better.

“Always give the user something to interact with,” McNichol says. “They’re engaged … they want to get involved.”

Interaction heat maps show that users are tapping and swiping all over playable ads, including in places where there are no interaction points. Providing more interactive elements is important for engagement: when users are starting to engage, they stay in the experience.

And once they’re engaged, there’s a lot less “X’ing out” of the playable.

Many games, including RPG games, are character-driven. While it might seem important to demonstrate game-play in your video ads, Vungle has found that focusing on characters is critical. 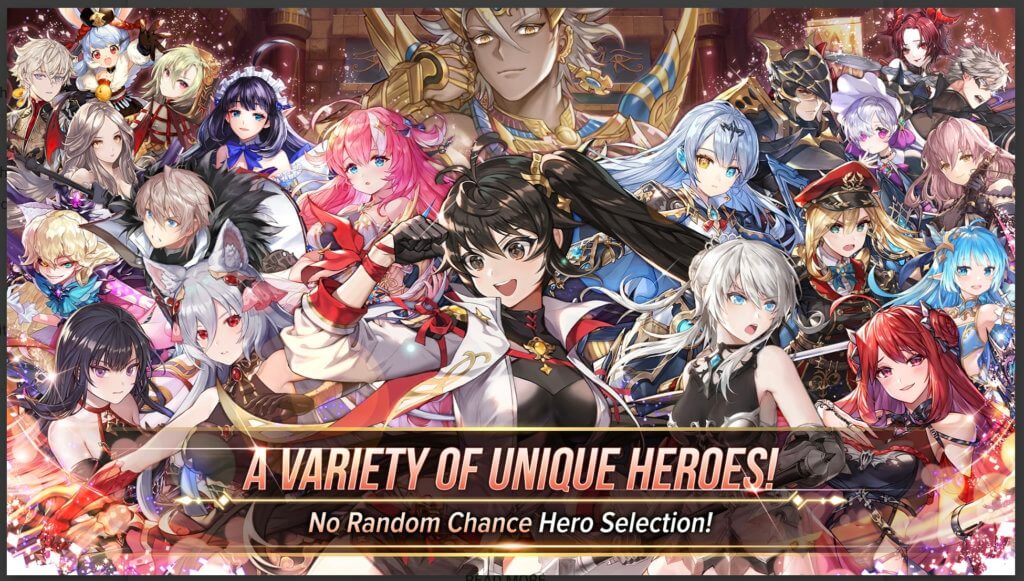 The result for for one Korean client’s mobile RPG game, King’s Raid, was 5X return on ad spend by day seven.

Playables are just for games, right?

The short answer is no.

“We actually started introducing playable to some of our brand clients, including TikTok,” McNichol says. “We actually produced this playable unit where you kind of gamify it.”

Essentially, Vungle made a tapping game: as a cool video plays, you tap on it to make social-media-style love hearts pop up. That unlocks an even cuter video, and repetition unlocks an even cuter yet video. All of which represents what people actually do on Tiktok in a pretty authentic way, and yet is fun and playable for a complete Tiktok newbie.

“It became our highest-performing creative for Tiktok,” McNichol says. “So you can definitely gamify: take elements of the brand and have fun with it.”

Next steps: see all the sessions

Check out all the rest of the UNIFY @ Home sessions here.

And, if you’d like to see how to do data-driven creative on Singular’s platform, schedule a demo. We’d love to show you how top mobile marketers are beating the competition with a little help from our data and insights.