App marketers might be missing some of their best chances to acquire new users and customers by advertising at suboptimal times. Especially during peak holiday marketing seasons.

Hundreds of millions in wasted ad dollars. And even more in lost potential revenue.

Singular analyzed over a billion dollars in ad spend to learn when mobile marketers spend the most to acquire users. But we also looked at the results of that advertising to understand when consumers, including gamers, shoppers, and travelers are most receptive. 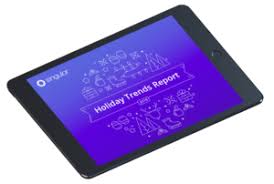 As you might expect, game installs are highest in December, when many of us are trying out our shiny new devices. But the costs of getting game installs peaks in September, meaning that game companies who advertise closer to the Thanksgiving and Christmas holidays could actually achieve better results with the same spend.

Plus, publishers with patience can also promote their games — or time launches — just a few months later, because mobile game installs are 20% cheaper in March and 12% cheaper in June.

But it’s not just gaming.

Productivity apps are the poster children for uncommon marketing sense.

Marketing activity and ad spend for productivity apps is highest July through November, but that’s not when people are most interested in productivity apps. In fact, ad click-through rate is 63% higher in February than in July. Actual installs grow significantly in the later part of the year, thanks to massive marketing pressure, but smart growth marketers are more likely to find pockets of profitable growth earlier in the year when people are actually thinking about self-improvement and, just maybe, New Year’s resolutions. 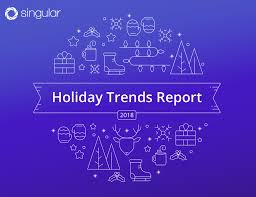 Nowhere is that more clear than in the shopping category.

Overall marketing activity for the Thanksgiving holiday peaks 10 days before Black Friday, dropping almost 30% on the actual holiday weekend. But actual conversions hit the high-water mark right at the Thanksgiving weekend, jumping 5% from the previous week. And in the shopping category specifically, most app installs happen the exact week of the Black Friday and Cyber Monday as merchants promote their apps with mobile-only deals and other incentives.

Cost per install, however?

Costs peaks the week after Thanksgiving.

Most expensive app installs at Christmas

The most expensive app installs in the Christmas time frame are for food & drink apps.

The cost of acquiring a new customer for food and drink app jumps almost 60% in December from annual lows as marketers try desperately to acquire new users during the holiday season. Smart apps focus on acquiring customers throughout the year while establishing a habit of engagement, use, and purchase/reservation that will survive Thanksgiving and Christmas.

That said, cost isn’t everything.

Ultimately, it’s about your apps

The lesson is clear: know the specific cycle for your own vertical, and adapt accordingly in real-time. Long-planned marketing plans probably don’t make a lot of sense in the fast-paced world of mobile marketing.

Rather, agility in the face of changing costs and conversion rates drives better results.

Ultimately, macro trends like seasonal holidays drive significant consumer behavior, but marketers often try to drive trends instead of riding them. Smart customer and user acquisition arbitrage based on changing costs and consumer interest is key to maximizing conversions and profitability.

Next step: Get the full Holiday Trends Report free, here