The business model of traditional publishers is facing a threat in every digital channel: both web and mobile. Mobile ad monetization can help.

On desktop web, instead of competing with Facebook and Google, publishers have decided to work with the big two in a revenue-sharing model. DoubleClick for Publishers (DFP) and Facebook Audience Network are the platforms that enable revenue sharing opportunity for the publishers.

The good thing on desktop mobile is that the number of publishers is large, but not anyone can have audiences at scale.

However, when it comes to mobile applications, every app is technically a publisher and can work with Google, Facebook, or other mediators to start serving ads. Also, there is very little entry cost and thus there are about 2.6 million apps published on Google Play so far, while Apple’s App Store reports 1.8 million apps.

Freemium gaming apps are one of the most popular category of apps. Since they’re free to play and have huge audiences, they’re ideal for ad-based monetization. So these apps compete with traditional publishers for advertising inventory. Importantly, they have built engagement hooks to keep users playing either for hours or for a couple of minutes multiple times through the day … and they keep their users coming back day after day after day.

Even worse for traditional publishers, many gaming companies are actively spending on user acquisition — in some cases to the tune of tens of thousands of dollars daily — showing that there is significant ability to make revenue on advertising even with paid acquisition.

That means that traditional publishers who are competing on mobile are struggling to maintain the financial success which they see in web and mobile web inventory. Their mobile ad monetization isn’t super-strong. And their competition — mobile game publishers — is winning in the mobile app space by paying to acquire users … and then deeply engaging their users and successfully monetizing their apps.

How can Singular help?

Mobile gaming companies win by spending to acquire users and using sophisticated tools — like Singular — to measure, optimize, and monetize those users.

If content publishers take a page out of their playbook and expand their user base by spending to acquire users (or: readers, viewers, customers) then they have an opportunity monetize a larger userbase as well.

Singular can help track the complete journey, which is:

In the revenue funnel the high-level reporting will look something like the following, with sources of new users (readers, viewers, customers), marketing campaigns, results (measured in installs of your app), cost, revenue, and revenue per user.

Content publishers will also be able to see their ROI, return on ad spend, and numerous other data on the effectiveness of their creative and much more.

This daily reporting will provide publishers with exact revenue made at an average session level: exactly what you need for mobile ad monetization.

Singular’s Ad Monetization Analytics offers multiple different ways to measure, track, and report ad monetization revenue from a cohort basis to a calculated per-user basis, and even — depending on your ad partners — actual user-level revenue data.

How does Singular do this? 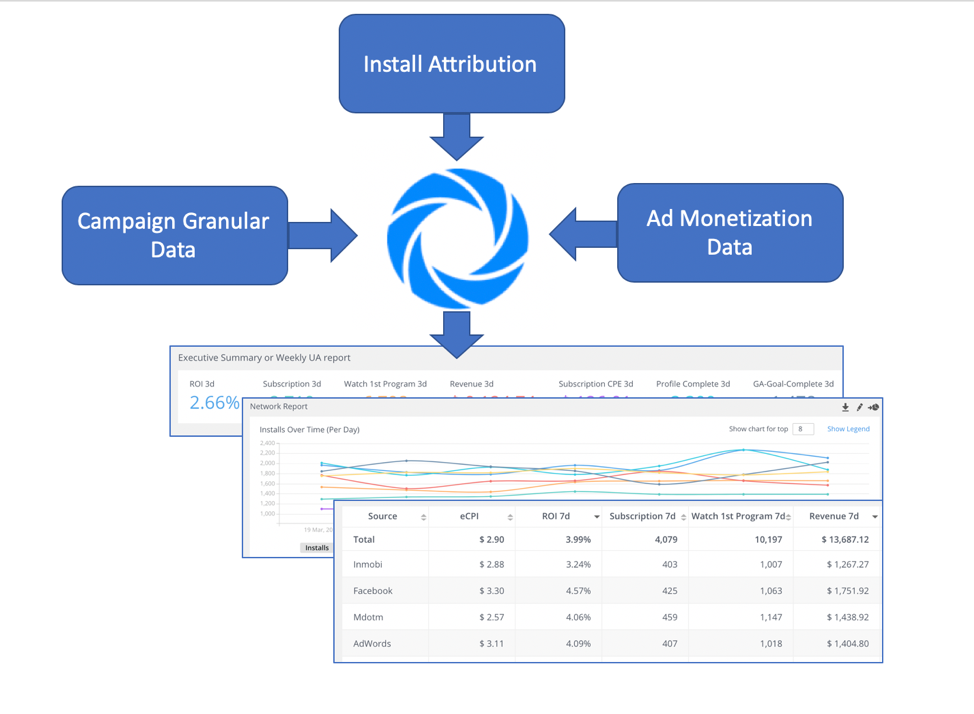 The Singular platform integrates with thousands of advertising sources for granular data aggregation, keeping publishers informed about the campaign spend and cost. In addition, our attribution service identifies which campaigns are delivering actual app installs and are successfully expanding the total audience for the publisher.

And finally, Singular’s ad monetization integrations bring in detailed revenue data for mediation engines like IronSource and partners like MoPub, providing insight into metrics like revenue per user and average revenue per session.

Singular’s Ad Monetization Analytics allows publishers to analyze the revenue reporting for ad-based revenue of apps. In addition, that reporting allows you to break down the data for further analysis by revenue sources and right to the ad placement ID.

For an ad ops team there are innumerable insights available related to the number of ad requests, filled ad requests, and fill rate. That allows them to fine tune ad delivery and provides critical feedback about lost revenue opportunities. 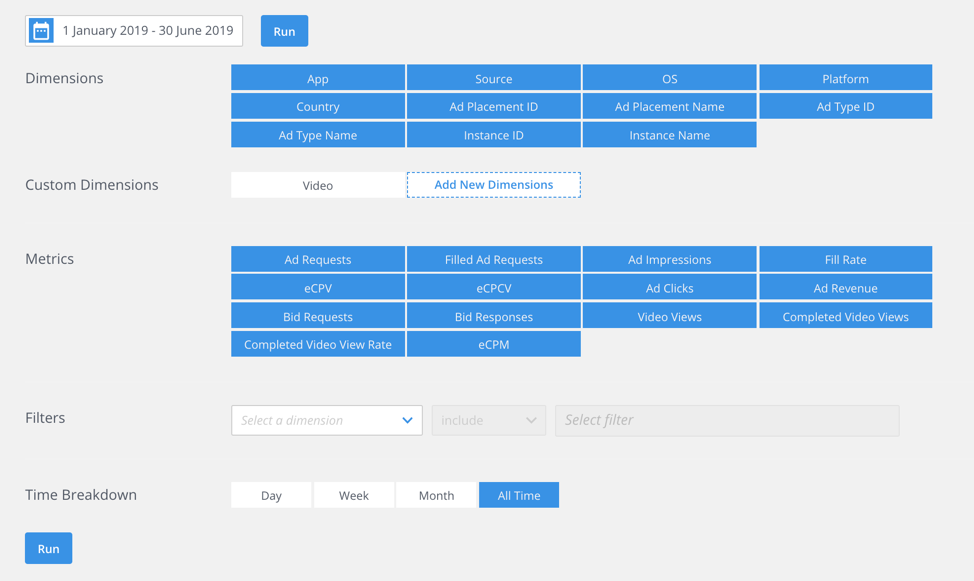 Finally, Singular offers Ad Monetization Analytics regardless of which ad networks you choose to use.

But if you use IronSource, we can pull in user-level revenue data from Ironsource’s mediation platform and connect it to your cost data. If you use MoPub, Singular’s integration offers impression-level revenue data. And if you choose to use a third-party ad revenue calculation service like Soomla, we integrate with them and pull in their data for analysis along with your campaign spend, providing ROI and ROAS calculations.

Which essentially means: you’re covered, no matter which direction you go.